Top 10 Famous Gems in the World

Every single gemstone has its own distinctive features, there are some remarkable and famous gems in the world, because of the location they were found and the unique history behind them. These gemstones are therefore rare, precious, and famous.

The Hope Diamond is exceptional for its intense blue and its weight of 45.52 carats. This diamond is believed to be cursed, despite its positive byname. It was stolen from an idol statue of Indian and it caused horrible curse that diamond’s owner had to suffer misfortunes. Today the diamond is displayed in the Smithsonian National Museum, where Harry Winston was persuaded to donate the legendary diamond to. 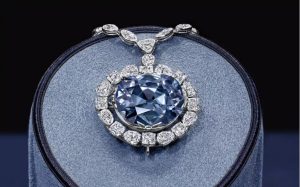 This 105 carat gemstone sits on the Maltese Cross at the front of the Queen Mother’s Crown. Its name is derived from the Persian word Koh-i-Noor that means “Mountain of Lights”. It was found in Pradesh in the 13th century and had been fallen into the hands of many rulers as new ruler took over the reigns amongst wartime. 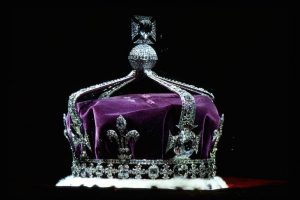 This emerald was discovered in 2008 from Kagem mine in Zambia. Named ‘Medusa’, the emerald has been on display to the public only once before at the Natural History Museum. It was originally surrounded by quartz. It took many American gemologists and gemcutters to remove the quartz that surrounded the emerald bit by bit, before the beautiful long and thin emerald was revealed. 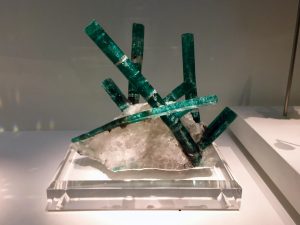 This pearl, intriguingly also known as the Pearl of Allah, is the largest pearl in the world and was first discovered by Filipino diver in Palawan Sea in 1934. It came from a huge Tridacna clam that once clamped down a diver’s arm and killed him. Today, the pearl is the subject of an ownership of 3 inheritors. 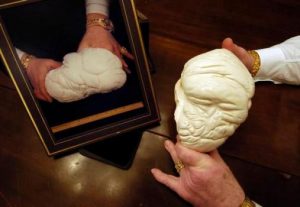 Andamook opal is one of the oldest known opal in Australia, and it is known to be the finest opal ever discovered. This opal was cut and set into a diamond choker band and presented to Queen Elizabeth II. 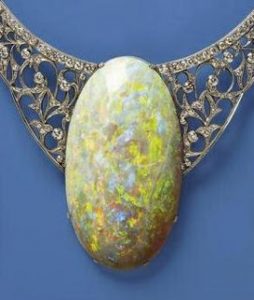 Star of India is the world’s largest star sapphires and around 2 billion years old with 563 total carat weight. It has a milky grey blue look caused by the mineral rutile inclusions, and the inclusions orientated in directions with 6 rays.  This asterism can be seen on the top and bottom side of the gemstone. On Halloween eve in 1964, it was stolen from the museum and were found few days later from a Miami bus station locker. Nowadays, it is in the American Museum of Natural History. 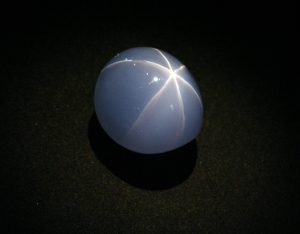 The precious stone set in front of Britain’s Imperial State Crown, was mined in what is now Tajikistan. Theoretically, it is not a ruby but a spinel, which is used to be categorized as ruby last time. The ruby is uncut, but semi polished which has been owned by British Royal Family. The stone was named after the ‘Black Prince’, son of Edward III of England, and is one of the oldest of gems included in the Royal Collection of Crown Jewels. 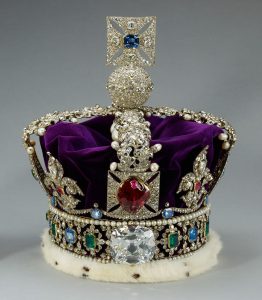 Known as Star of Africa or Cullinan Diamond, this diamond is one of the largest diamonds in the world with 3106.75 carat. This profoundly large Cullinan diamond has its original stone cut into nine large diamonds and one hundred smaller ones. 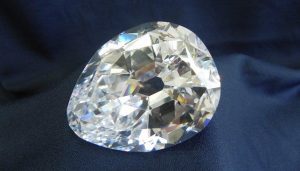 The Dresden Green is the largest and finest green diamond known to have a color of natural origin from Germany. It has a pear-shaped with 40.70 carats weight. The GIA examined the stone in 1988 and has categorized this diamond as rare Type IIa diamond of astonishing quality, and assigned a VS1 clarity, with a potential of reaching the maximum grade IF if it is sent to finer cutting.

The tiara is passed down from old German noble family, and Princess Katharina received the tiara from her husband, Guido Henckel von Donnersmarck. The tiara is made from some of the rarest Colombian emeralds, in pear shape. In 1979, the family decided to sell the tiara and it was sold again from Sotheby’s auction for $12.7 million. 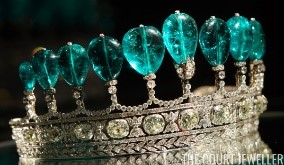