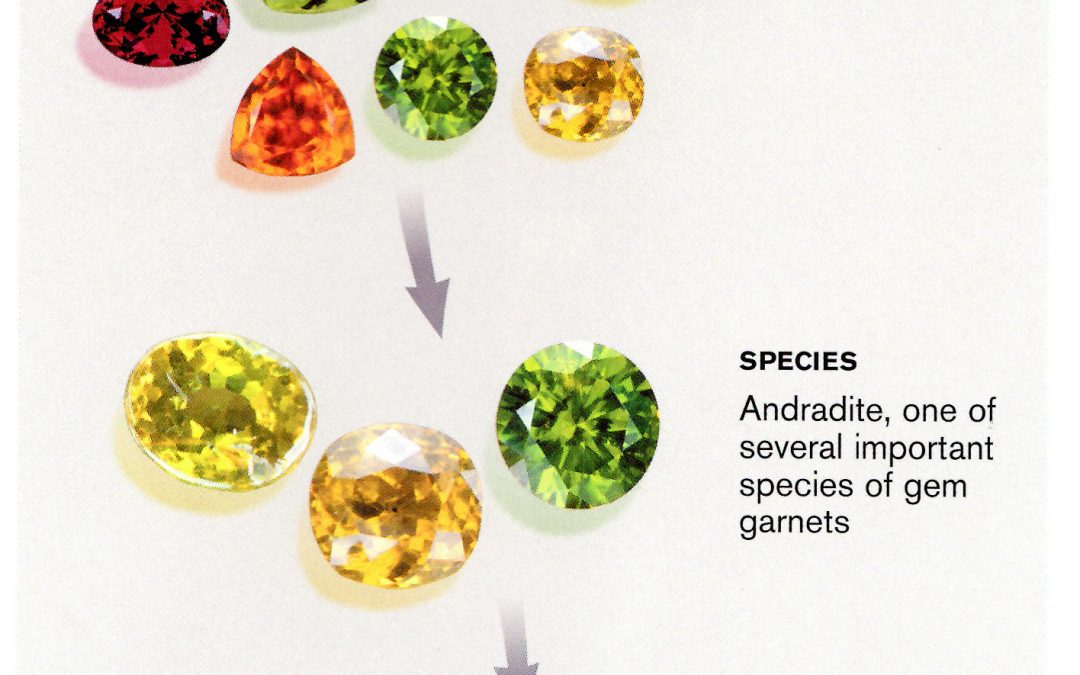 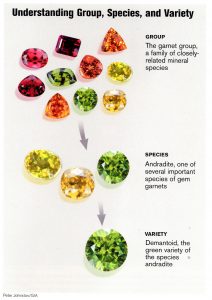 Gemologists divide natural gem minerals into gem species. A gem species is a broad gem category based on chemical composition and crystal structure.

Gemologists use the term variety to describe variations. Variety is a subcategory of species, based on colour, transparency, or phenomenon (a phenomenon is a special optical effect, like the star in star sapphire, or the blue sheen in moonstone).

Sometimes, several gem species differ only slightly from each other. Because they’re so similar, gemologists might classify them as a group. A group is a family of closely related mineral species that share the same crystal structure and basic chemistry but differ slightly in other details. These differences often lead to differences in physical and optical properties. There are many mineral groups, but only a few contain important gem species. The best-known gem groups are garnet, feldspar, and tourmaline.