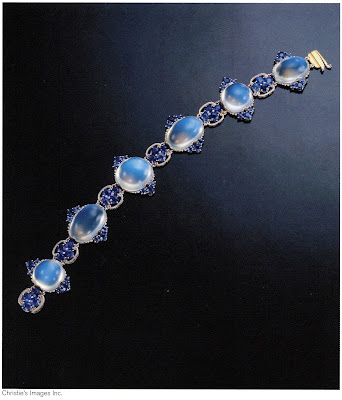 Moonstone has enjoyed surges of popularity over the centuries. In the early 1990s, the gem was popular in both Europe and the United States. People appreciated the gem for its sheen as well as for its rarity. Adularescence, which is the light that appears to billow across a gemstone, makes the surface of the gemstone seem to glow and gives the gem’s surface a misty light.
Photo: Christie’s Images Inc . Courtesy: GIA. Resource: Amanda. #eClarity